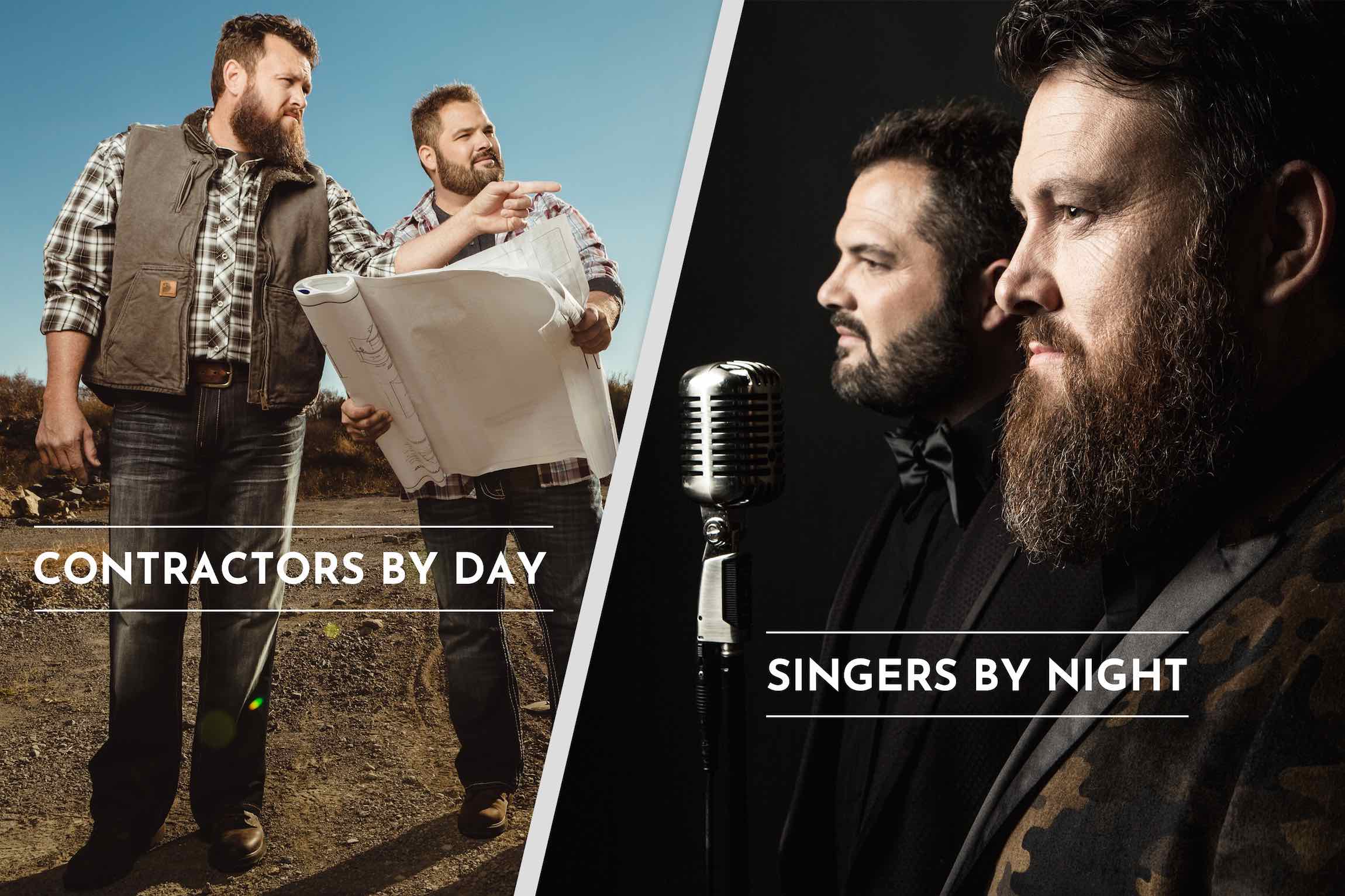 Who has two beards, 100 million YouTube views, hammers, and vocals that will blow you out of your seat? The Singing Contractors is your answer!

Viral sensations The Singing Contractors have announced plans for their highly anticipated national debut project, Working on a Building, Hymns and Gospel Classics, on February 1, 2019. The foundation of the unlikely pair stems from a viral video of their poignant rendition of “How Great Thou Art,” performed in an unfinished corner of a home remodel which led to over one million views in almost 24 hours and an appearance on the “Fox & Friends” morning show. The duo, comprised of Indiana natives Aaron Gray and Josh Arnett, has continued to amass a following due to their fun-loving personalities and compelling gospel covers.  Growing up in singing families, hitting the road for weekend performances, Gray and Arnett are seasoned talents with strong work ethics, who are now building a national music platform in addition to houses.