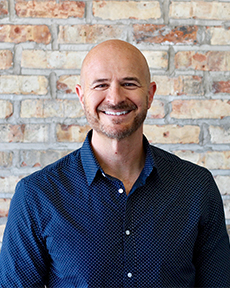 Dr. Mark Jobe, President of Moody Bible Institute, is the son of missionaries to rural Spain. He came to Christ at age 15, and at 17 left his village of 200 people to attend Moody Bible Institute in Chicago. By age 21, he was pastoring a small congregation in the inner city of Chicago. For more than 30 years, Dr. Jobe has served as the lead and founding pastor of New Life Community Church, and he and his wife Dee have seen the church grow from a handful of people to approximately 7,000 meeting at 27 locations throughout the Chicago area and in 8 cities internationally. He is also founder of New Life Centers, an organization focused on helping youth in undeserved areas of Chicago, is the author of Unstuck: Out of Your Cave and Into Your Call (Moody Publishers), and is the host of Bold Steps, a weekday program heard across Moody Radio’s nation-wide network of stations. He and his wife have 3 adult children.

Gary Chapman is a well-respected family counselor and author of several books including The 5 Love Languages, which has sold more than 12 million copies and is consistently on the New York Times Best Seller list. He hosts two nationally syndicated radio programs that air on more than 400 stations. Dr. Chapman has been directly involved in family counseling for more almost 40 years, and he also serves as senior associate pastor at Calvary Baptist Church in Winston-Salem, North Carolina. He is a graduate of Moody Bible Institute and holds B.A. and M.A. degrees from Wheaton College and Wake Forest University, M.R.E. and Ph.D. degrees from Southwestern Baptist Theological Seminary, and has completed postgraduate work at the University of North  Carolina and Duke University. Dr. Chapman and his wife Karolyn have been married for more than 45 years and have two grown children, Shelley and Derek. 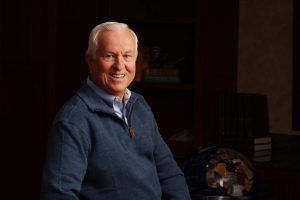 Josh McDowell has been at the forefront of cultural trends and groundbreaking ministry for more than 58 years, sharing the essentials of the Christian faith so that people of all ages and stages can know Christ, understand what they believe and why it is true, and learn how to live, share, and defend their faith. Josh has spoken to over 25 million people in 126 countries and has written or co-authored 151 books with some translated in 128 languages. These include More Than a Carpenter with over 27 million copies distributed. He also authored Evidence that Demands a Verdict, named by World Magazine as one of the twentieth century’s top 40 books. In 2018, in its latest edition with son Sean as co-author, the book was awarded the top prize by the Evangelical Christian Publishers Association in the category of Bible reference books.